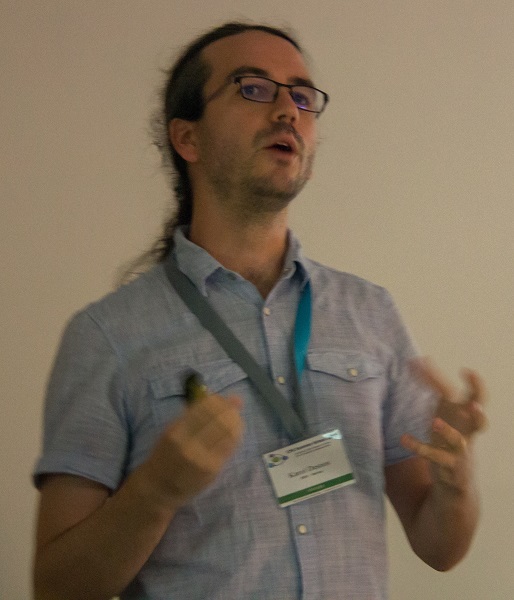 Karol Desnos is an associate professor at the National Institute of Applied Science (INSA) of Rennes. He holds a joint appointment at the Institute of Electronics and Digital Technologies (IETR) in the VAADER team. He obtained his PhD in Signal and Image Processing from the INSA Rennes in 2014. This work was co-supervised by the Pr. Jean-François Nezan and Dr. Maxime Pelcat from the IETR, and by Dr. Slaheddine Aridhi from Texas Instruments, France.

His research interests focus on dataflow models of computation and associated implementation techniques for the rapid prototyping of applications running on heterogeneous MPSoCs. In particular, his Ph.D. thesis focuses on the memory characterization and optimization of dataflow applications on MPSoCs. Since 2011, he contributes to the development of the PREESM open-source rapid prototyping framework. Since 2019, he’s leading the development of the open-source GEGELATI library, a lightweight framework for training and executing artificial intelligences based on tangled program graphs.

Karol Desnos co-authored more than 50 articles in peer-reviewed international journals and conferences. He has served as a member of the technical program committee of 4 international conferences (SAMOS, SiPS, DASIP, ASR-MOV). Since 2018, he is the creator and co-organizer of the Negative results special session in the SAMOS conference.

Karol Desnos has been actively involved in several projects including H2020 Project (CERBERO), French ANR Projects (COMPA, ARTEFACT), U.S. NSF Project (COMPACTS-SL-MODELS), and a young researcher project funded by the French research society “GdR ISIS” (MORDRED) which he leads. He took part in the creation of the MTAPI standard with the Multicore Association.

Karol Desnos has been collaborating with international companies and universities since 2012. He was a visiting researcher at the University of Maryland in the DSPCAD research group led by Pr. Shuvra Bhattacharyya in 2012. Since 2015, he has given invited lectures at INSA Euromediterranee (Fès, Morocco), at Universidad Politecnica de Madrid (Madrid, Spain), and at University of Rennes 1.